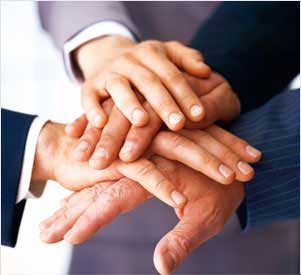 I am writing to you in my new role as Acting Chief Operating Officer of Adaptive Medias. Our strategy to deliver the best end to end video solution remains intact. Over the past 18 months, the company has experienced impressive growth — both in our client base and top-line revenue. As we continue to develop our proprietary technology platform and expand into new advertising channels, we are well positioned to take advantage of several key trends in digital media such as the rapid growth of mobile, video and programmatic advertising.

First, a note about my current role. As the Acting Chief Operating Officer, I will oversee all financial and operational activities at Adaptive Medias, taking over for the company’s former Chief Executive Officer, until a replacement has been appointed. I bring over 20 years of high-level experience in the advertising-technology sector to support the company’s expansion strategy, having previously served as the President of Traffic MarketPlace, Chief Executive Officer at AdModus and Vice President of Sales at DoubleClick. Although I will maintain my current position as the Chief Executive Officer of Beanstock Media, I will be spending the majority of my time and efforts with Adaptive Medias.

Fourteen months ago, Adaptive Medias completed its merger with Mimvi to become a publicly traded company. At the time, we had fewer than 50 clients and our quarterly revenues were approximately $0.6 million. Since that time we’ve grown substantially and achieved a number of important milestones.

Our key achievements over the past year include:

Commercial launch of our new technology platform: We completed the build out and testing of our unique end-to-end video technology platform and successfully launched it to the market in September. ADTM stands alone with its fully-integrated independent one-stop shopping solution for customers seeking to generate revenues from digital video content. The unified platform not only eliminates the administrative hassles of working with multiple vendors, it eliminates technical hassles that come with integrating disparate technologies.

New Customers: We’ve grown accounts from 50 to nearly 250 within the past fourteen months, a 400% increase. One of our goals for 2014 was to begin working with some of the largest digital publishers in the US as rated by Comscore. Last year, we signed several contracts with some of the biggest blue chip publishers and content providers in a variety of verticals including: Finance, Automotive, Entertainment, News, Hispanic and more. We believe the engagement of key market leaders in the above verticals supports our value proposition to the market and will accelerate sales to new customers.

Seven consecutive quarters of sequential revenue growth: We’ve posted consistent revenue growth even while we were still building and testing our new technology platform. In 3Q14, ended September 2014, ADTM reported revenue of $1.4 million, up from $1.1 million in 2Q14 and from $0.7 million in 1Q14. With the November 2014 launch of a full marketing campaign to support our new technology platform, we are working to maintain or even accelerate this growth rate.

Our primary goal for 2015 is to continue to grow our client base. Our business development efforts are focused on three main areas:

Communicating our Story to the Investment Community

Finally, a few words about our investor outreach efforts. As noted, the past 18 months have been about establishing and positioning the business for sustainable growth. Now, we want to showcase our achievements more effectively to the investment community. To do so, we are highly focused on improving our investor relations with proactive and consistent outreach and communication. We look forward to keeping you updated on our progress.

Adaptive Media is a programmatic audience and content monetization provider for website owners, app developers and video publishers who want to more effectively optimize content through advertising. The Company provides a foundation for publishers and developers looking to engage brand advertisers through a multi-channel approach that delivers integrated, engaging and impactful ads across multiple devices. Adaptive Media meets the needs of its publishers with an emphasis on maintaining user experience, while delivering timely and relevant ads through its multi-channel ad delivery and content platform. Also, follow them on Twitter @adaptive_m.